No political statement here. Just plain math and how certain outlets of "media" manipulate data and facts to make it work for their point. 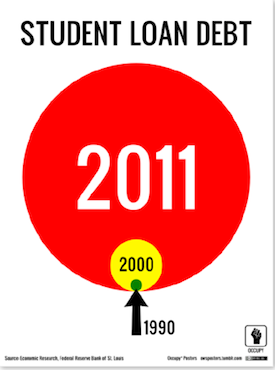 I find that students do not understand why they are in school. They have been programmed to think that their job in school is to do whatever the teacher says. They have become modern day slaves with no purpose to their work. Trying to break that mold and thought process is not easy. Here is one little activity I tried yesterday with my 8th grade:
1. Write down three problems that would be easy for an 8th grader or end of the year 7th grader to do
2. Write down two problems that would be more difficult for you to do. These two problems are not scary, but will take some thinking
3. Write down one problem that is solvable, but would be a challenge for you.
4. Circle or star one of the first three
5. Circle or star one of the second two
6. Think and answer to yourself, "What makes the first one easy and the second one more difficult?"
7. Share this information with at least two people around you
8. Why does it matter that we explore what makes a problem easy or hard?
9. Why did I ask you to do this activity? (This is the kicker. Their answers scared me)

There is some talk on the blogersphere about Pseudoteaching. I like the topic and the questions it raises. Check out Dan Meyer's blog and follow his links for more discussion.

In related news, this got me thinking more about a discussion I had with some of my students today. They were asking why I make their life so difficult and how I like to "torture" them. This is referring to how I don't answer questions, but I make the students answer their own questions. Those conversations and then reading about PT got me thinking, "am I PT?"

I thought I liked the comment and "complaints," but now I have to think about them more.
Posted by RM at 8:11 PM 1 comment:

Email ThisBlogThis!Share to TwitterShare to FacebookShare to Pinterest
Labels: Pseudoteaching

I apologize for this rant.

My question to all of these people ripping on Ms. Aguilera is, why don't you try to sing the Anthem in front of millions of people, in a huge stadium, without anyone else leading you with the words? Can you sing all of the words right now without anyone leading you? I highly doubt it. (And I won't even get into the performing and live music...) However, I still expect a near perfect performance and words should not be messed up (please see below about Wayne Messmer and Jim Cornelison, they would have not messed up the words as that is their job.)

I am not a fan of Christina Aguilera's music. I don't own any of her albums or singles. I could not name any of her songs beyond "Genie in a Bottle," but I can tell you that for a (not so) teenie-bopper, she has a pretty outstanding voice. However, I did question when she was walking up to sing, "why must we Americans have 'pop' stars sing America the Beautiful and The National Anthem?" Why can't we actually have true musicians? I will admit, I am spoiled being a Chicago sports fan. We have the best Anthems in the entire country. Wayne Messmer and Jim Cornelison are simply amazing. The feeling from their anthems will bring a grown man to tears.(See Here for NHL All Star Game 20 years ago with Wayne Messmer).
These men have a job to sing the National Anthem and they do it really well. Why would we bring in someone who does not normally sing the Anthem to sing the Anthem at a HUGE event? Poor planning, and poor musical knowledge. Unprofessional, all around.

Additionally, during the "Pre-Kick" show (Whatever that might be.), we had a rendition of Taps being played. Who was playing it? A synth. You could not have found a college trumpet student to donate their time? Or how about the dozens of free recordings that the military bands offer? They could have called me and payed my a mere $150 dollars, with no rights to my name and I would have done it.

My problem with American's and their music choices is how they are so willing to accept everything less than the best and the best is looked down upon. When will the schools, parents, and Americans demand better of their music? What can we, as educators, do differently to have students question their music and open up? To expect and find the best?
Posted by RM at 7:10 PM No comments:

When we were young, we learned and studied patterns. When we start learning arithmetic and higher math, we (tradtionally) learn sets of instructions. I find this to be 99% wrong. There is a time and place for learning a set of instructions, but not that often.

Math (and/or nature?) is nothing but patterns. We, as humans, learn from patterns. Why not present all math as patterns and let the students discover the "instructions?"

Many of my lessons are progressed by asking, "What is the pattern?" I set my students up with the pattern. They do the work, they look back at the work, and should come to a conclusion about at least one pattern from their work. For example:
Multiply:
a. (x + 3)(x - 4)  b. (y -5) (y + 7) etc...
What patterns do you notice? How can we use this info to work backwards, or to factor?

The students come up with the rules/patterns/steps/etc. for factoring.

I have found my students are more engaged and excited about math since I have been teaching this way. Let me know what you think or find out.

And I cannot leave this post without sharing a short clip from one of my favorite movies and directors. Daren Aronofsky's "Pi" is an outstanding movie, especially for a first full length film. Enjoy!
Watch a short clip here
Posted by RM at 3:44 PM No comments:

Much of school, learning, and life we depend on our listening skills, but do we ever teach the skill? From birth we read to our children, we play music for them, and we ask them to listen to adults, but when do we teach them the skill of listening? Sean Layne talks about how we need to teach the skill of concentration and he has a great method of doing so. His method breaks it down to a simple game, that only uses concentration. How can we do this with listening? How can we show students what it is to listen?

I know that people still play the game telephone and that students can repeat things back to the teacher to "prove" they were listening, but I do not believe that is teaching or proving they are listening. A quick search on yahoo did not pull up much about teaching the skill. And the articles that were there were talking about reading or ESL. This confines listening to just language.

How can we teach listening? This is the question I want to tackle.
Posted by RM at 5:58 AM No comments:

Email ThisBlogThis!Share to TwitterShare to FacebookShare to Pinterest
Labels: listening

Professional days and the Arts

Yesterday was a half day for students and the afternoon was a professional day for the staff. I was excited about this day. I had worked with our arts integration teacher to bring in Sean Layne. What an amazing and powerful day.

I have already taken a handful of classes with Sean and knew that he would be teaching nothing new to me. However, I still learned a metric boatload. We were fortunate to have Sean work with three different grade levels of kids. Seeing him work with students is awesome for many reasons. The first is you validate much of what you have seen in your class (behavior) and the second is you see the potential of your students.
However, I feel as if I need to apologize after seeing Sean work with this group of eighth grade girls. I told Sean that they have all had Tableau with me and should be able to get through the skill building more quickly than the younger grades that haven't had Tableau. Boy, was I wrong. He was not set up for success due to the day. However, there is no excuse for students to act the way they did. If you ever read this Sean, I apologize.

Enough about that. I just have to say. Read, see, take a class about and with Sean. Your teaching will be changed forever.
Posted by RM at 6:15 AM No comments: